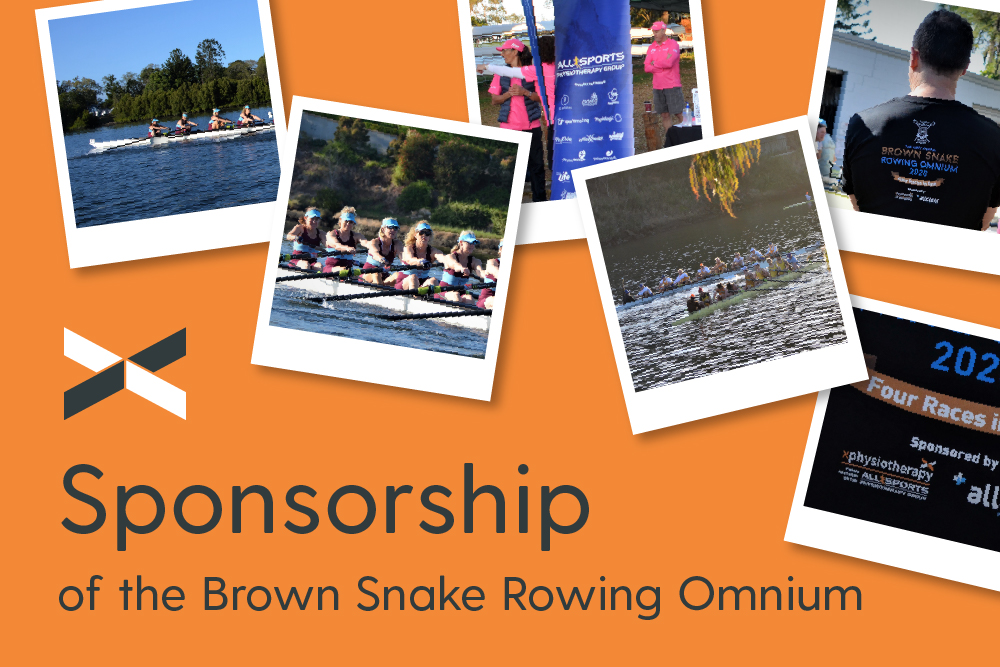 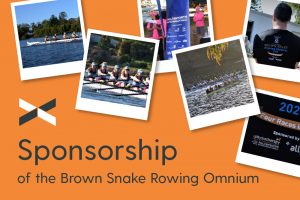 XPhysiotherapy has always had a strong footing within the community and a heavily sports-based clientele for its physiotherapy services.

The Brown Snake rowing event consisted of four legs covering 5km of racing across 7kms of the Brisbane river, commencing at Oxley Creek and leading out to the Dutton Park recreational pontoon. Participants on the day ranged from avid rowing enthusiasts and schools, to clubs and semi-competitive masters entrants. Though the estimated number of participants on the day were expected to reach approximately 200 people, the number of participant on the day reached a staggering 328 people. XPhysiotherapy’s Sue Kelley, Specialist Musculoskeletal Physiotherapist with more than 25 years experience, also participated in one of the legs of rowing on the day.

Rowing has been a popular sport within Australia for many years, due to its appeal to people of all ages and fitness levels for its health benefits.

Rachael Kininmonth, well-known Australian rower who competed in the 2000 Sydney Olympic Games, Commonwealth Games and World Cup, was event coordinator for this event and other groups such as the Brisbane Schoolgirls Rowing Association.

“We are so thrilled with how well the event ran on the day, and it far exceeded our original expectations,” Rachael says. “The event this year was all about just getting everyone out on the boats having a great time and showing off the Brisbane river. The weather could not have been better, and we’re so grateful to all of our volunteers and our sponsors for their help on the day.”

“This event was quite a creative concept, and a lot of blood, sweat and tears went into making it what it was. Everyone who participated really loved the fact that they had full control of tracking their group’s timing through the STRAVA app, which was quite unique to this event, and I think this is something that a lot of other events may now implement.”

On the day, the University of Queensland Boat Club team took home the most amount of points and won the event.

XPhysiotherapy is proud to have been involved in such an exciting community event, and looks forward to seeing what the Brown Snake Rowing Omnium holds for participants and watchers alike in the years to come.