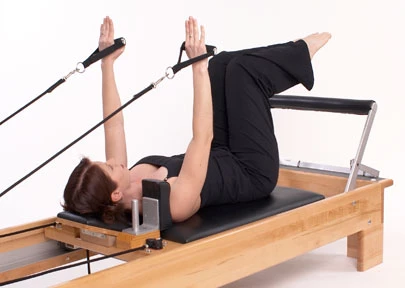 Pilates was founded by Joseph Pilates (1880-1967) as a system of fitness exercises that is still practiced in more or less modified forms. In the last two decades, there has been a significant increase in the popularity of Pilates-inspired exercises.

Pilates is a form of exercise where emphasis is placed on control of body position and movement. Generally exercises use a reformer (see picture below), an adjustable spring based resistance piece of equipment. Exercises can also be floor based. Traditional principles of Pilates exercise include centering, concentration, control, precision, flow, and breathing. 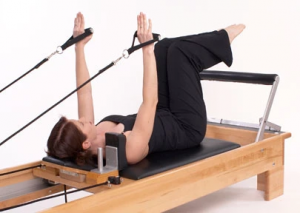 A reformer being used

Previously exclusively used by dancers, Pilates is becoming popular in the mainstream exercise arena and in injury rehabilitation for both females and males. Pilates has been well researched and as a result is frequently prescribed to people who suffer, but not restricted to:

Cross-training for other sports

Pilates is offered at xPhysiotherapy 6 days a week, across various times of the day (see timetable). An initial assessment with a physiotherapist is compulsory to gather information pertinent to your history, evaluate baseline postures and movement patterns, and to ensure your safety before beginning. Well-trained Pilates instructors and physiotherapists will prescribe personalised exercisesin an hourly class based on the information from the assessment. All of this intends to positively influence your health and wellbeing. Pilates at Xphysiotherapy may also be private health rebateable. It is advisable to check with your private health insurer, as they may offer a living well benefit or similar for Pilates-based exercise.

Bridgens, S. (2013). The role of Pilates in preventing injuries in soccer players.